Concept for an installation in Prato della Valle, in occasion of the Padova Space Week 2017 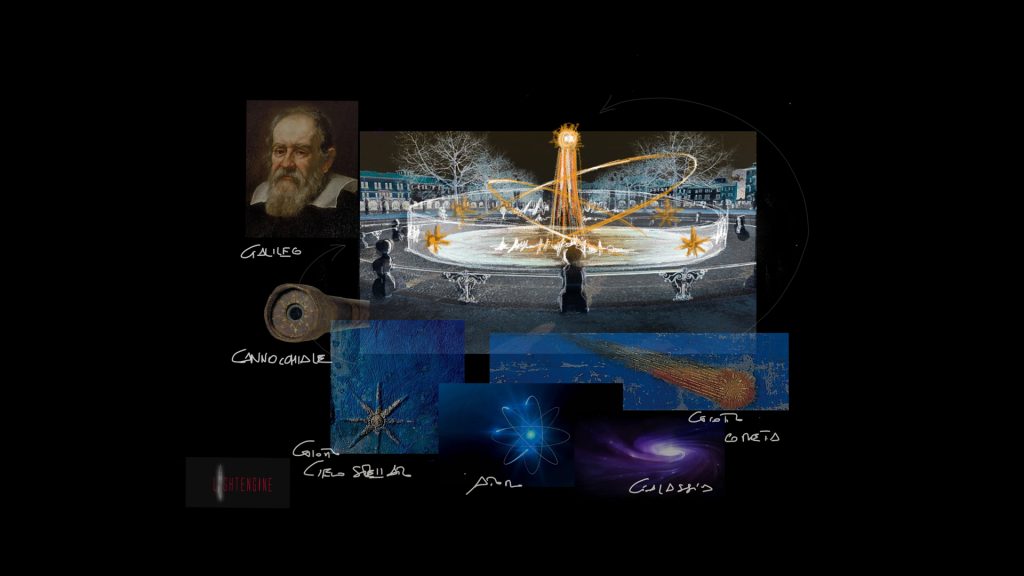 To those who have eyes that want to see,
To those who aim high so as to highly stand out,
To those who know that a flower cannot be picked up
without disrupting a star,
To those who are too much in love with the stars
to be threatened by the night,
To those who incessantly keep on learning from this giant book that stands opened in front of our eyes,
To all of you, we dedicate this vision, created to honor the sublime minds of Galileo and Giotto, who both found comfort and welcoming in the land of Padova for their own visions, superbly projected beyond the common horizons.
May it inprint in you vigor,
audacity and the deepest breath to enter
the gates of the new coming Era.

Brightest whishes for 2018
from the

This concept was commissioned by the Camera of Commercio di Padova for the occasion of the Christmas Holidays 2017-2018 and the concurrent event Padova Space Week. It is inspired by the genius of the two renowned italian characters, and in particular to their peculiar and still revolutionary vision, which is both oniric and scientific. The installation has been thought for central fountain of Prato della Valle –  the second biggest square in Europe – which is transformed in a luminous telescope (the extraordinary invention that Galileo introduced to the Venice Governement in 1609) at center of which materialises Giotto’s famous falling star, which is part of the grandiose painting in the Cappella degli Scrovegni – aimed towards the deep outer space as a message of prospeous evolution. A masterly game of moving lights, then, simulate the aperture and the closure of a huge photographic diaphragm, which scans the rythmical sequence of galileian quotes, projected on a perimetral membrane set around the big lens of the telescope, meant as ethereal inspirations for the visitor. And, obviously, it is also inspired to the spectacular dynamics of the Cosmos, of which Galileo and Giotto’s open-mindedness is a glorious echo.
The installation has unfortunately  remained just a concept, waiting for an era as revolutionary as the one Galileo and Giotto could fortunately enjoy. 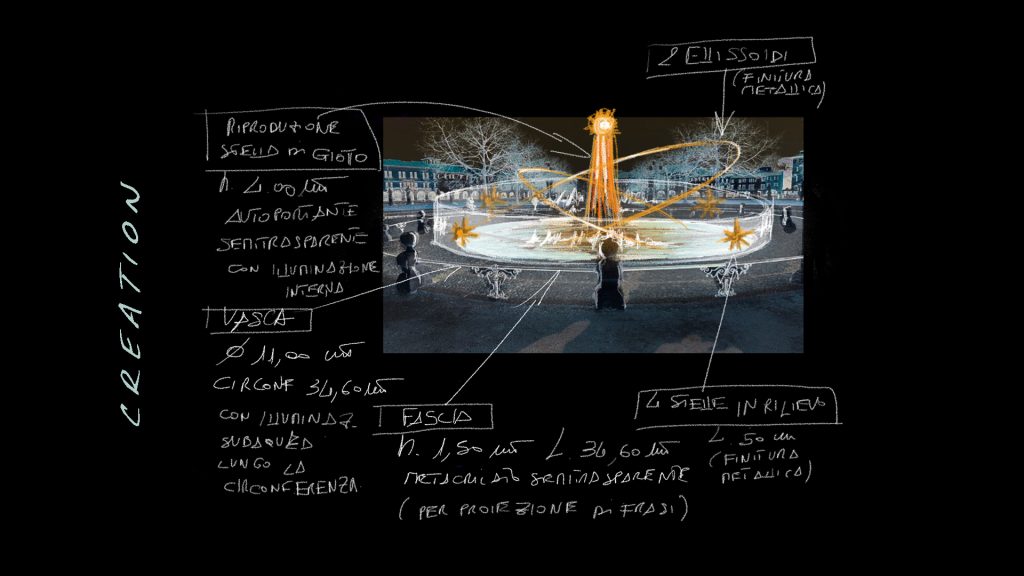 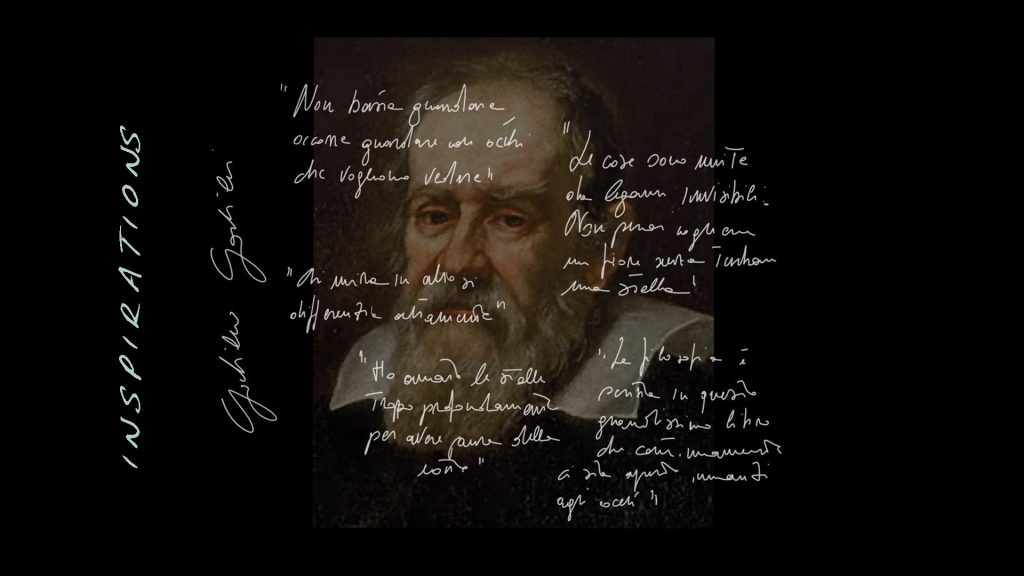 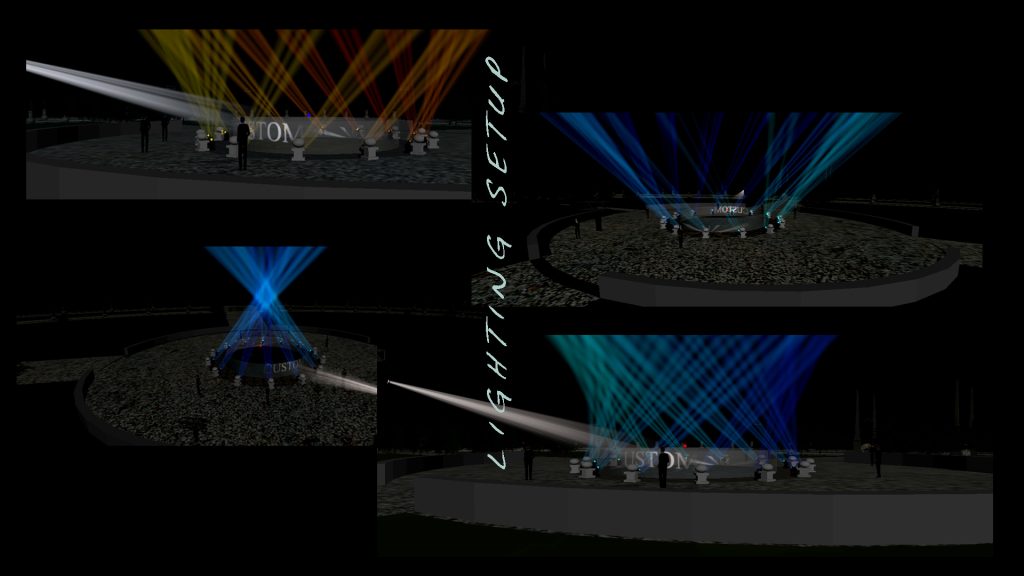 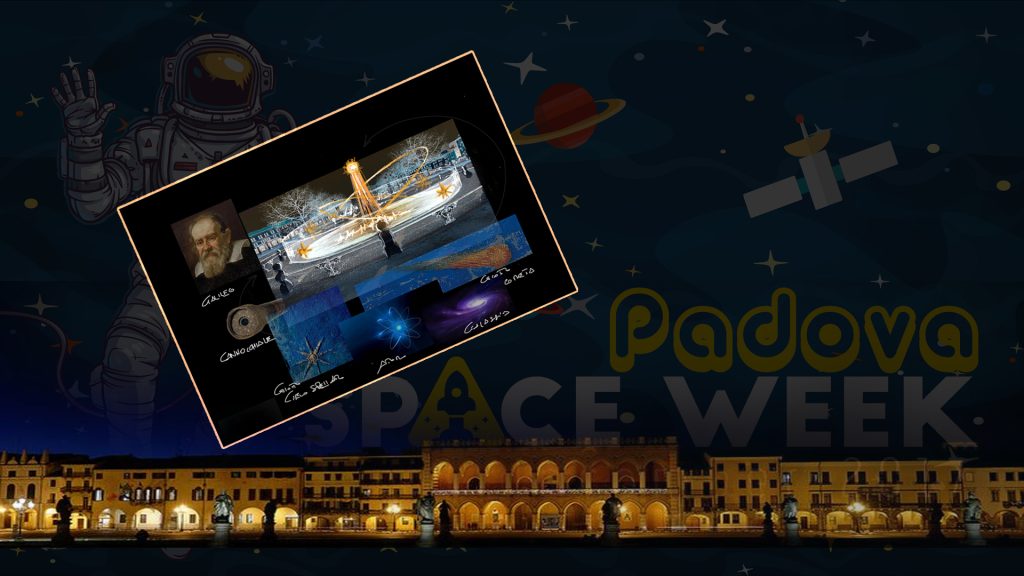 All rights reserved on projects and concepts.